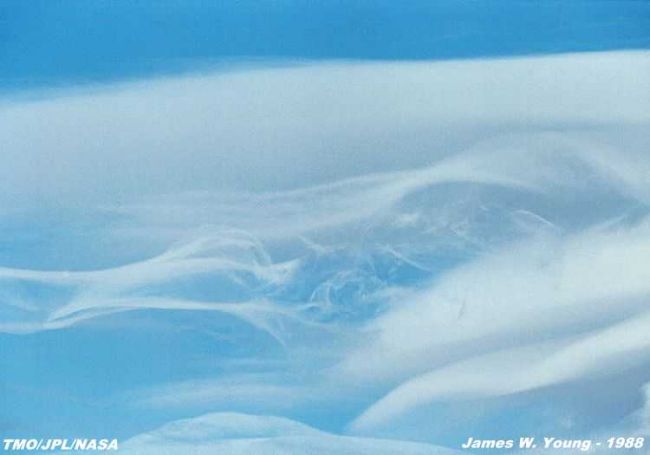 This picture was taken in January, 1988, in the late afternoon just after clouds began to fill the skies
above the observatory. The humidity was very high from the deep marine layer coming in from the
Southern California coast some 70 miles to the west. Very high winds came up from the desert to
the east and disturbed this marine layer cloud edge, and produced very delicate wispy formations.