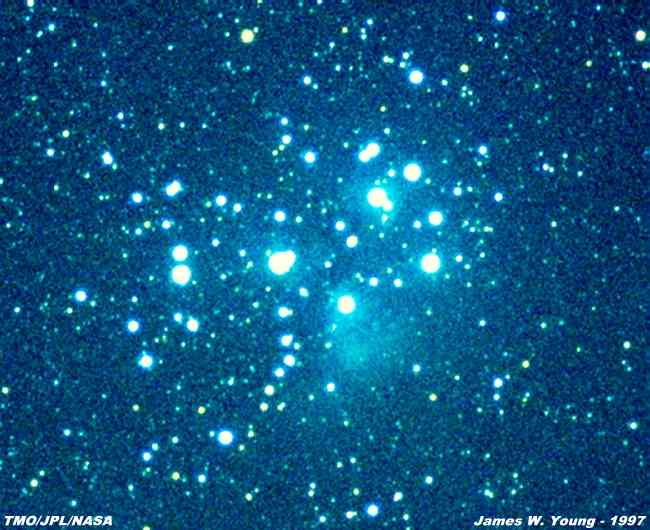 The Pleiades Cluster, also known as the "Seven Sistes" (and logo for Subaru) is probably the best
known galactic star cluster in the heavens. This cluster is one of the nearest, lying at a distance of
about 400 light years. The actual cluster itself may contain over 300 stars, but most of us see the
main 6 to 7 stars. I once knew an individual that could see upwards of 20 stars with the naked eye
from a dark site, but I'm lucky to count 10! The faint nebulosity surrounding the stars appears to
be dust particles, since spectra obtained is the same as that of the bright stars.

Just to the left center is the brightest member named Alcyone, and to its left are two stars, the brighter
being Atlas, and the fainter star above is Pleione. To the right of Alcyone is Merope (lower), and then
Maia, Taygeta, Electra and Celaeno. Just above Maia are two close stars, the right (brighter) one is
Asterope.