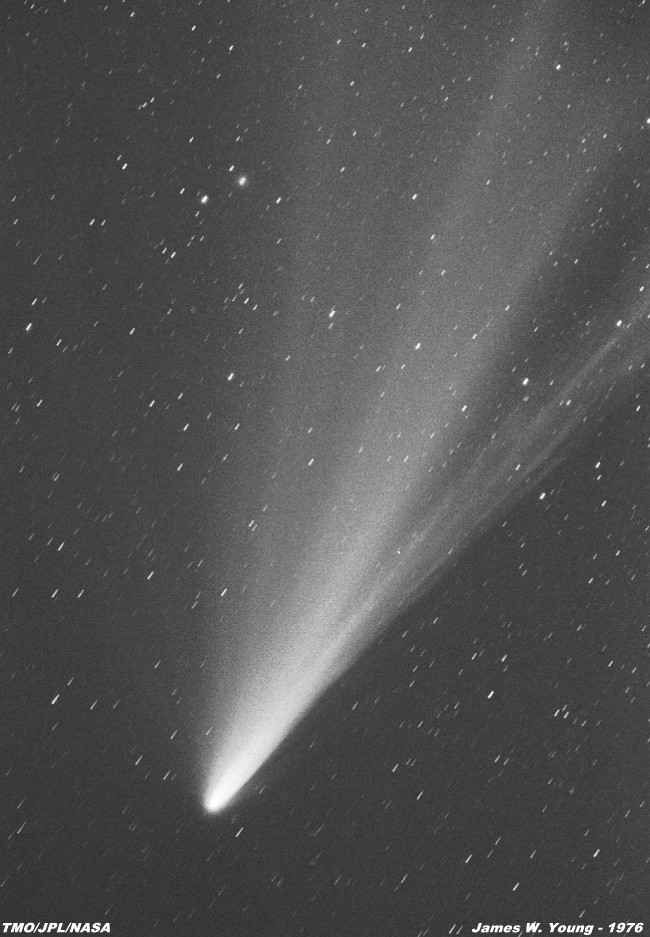 This picture was taken piggyback on the 24-inch telescope while photometric observations of the
comet's nucleus were being made. The extensive fan shaped dust cloud is shown in the upper and
left portions of the photo. The gas or ion tail is that portion extending to the upper right, and is more
clearly defined. This picture was captured on March 8, 1976