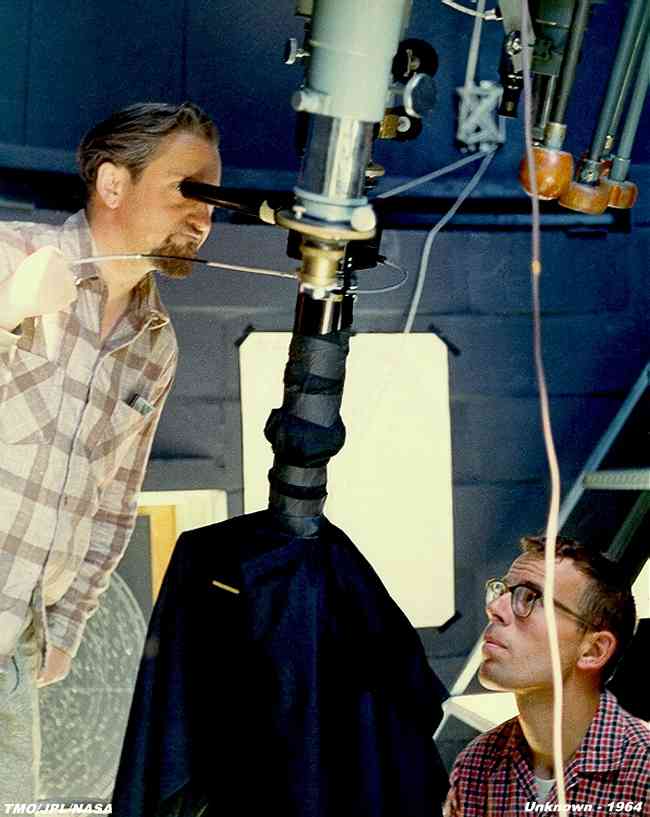 In the photograph above, the teacher Mr. Capen, is showing the new-kid-on-the-block how to
use the specially designed planetary camera. The camera is like a gigantic reflex camera using
3 1/4 x 4 1/4 Kodak glass spectroscoptic plates. As the planetary image is viewed through the
entended eyepiece tube, the observer waits for moments of superior 'seeing' and trips the shutter
release cable (in his right hand). Then he moves the plate holder a small amount in one axis, and
re-shoots again, exposing a different area of the glass plate with the next image. In the case of
Venus, using a dual axis system, the astronomer could take 6 images in a row, in 6 columns,
for a total of 36 images (in daylight). Various sized apertures were used depending upon the size
of the planet we were photographing. At night, when photographing Mars (much smaller image),
one could get up to 10 images per row, in 10 columns, for a total of 100 images. If the seeing
was really good, a fully exposed plate might take 30 minutes to shoot. At the base of the camera,
covered with a taped-on black cloth, after each exposure, the observer would reach under the
cloth and turn the 'row' and/or 'column' screw an appropriate number of turns to the next
unexposed part of the glass plate. The accurate number of turns, and the correct direction took
lots of practice to perfect.

My first few attempts proved that the amount of careful concentration had to be nearly 100%!
After a few days, and a few 'double-exposed' rows and columns, I found the required concentration
level and began taking plates from late 1962 till the program was terminated in 1969. I took a
total of 1187 glass plates, with an average number of 36 exposures per plate, for an estimated
number of almost 43,000 shutter cable pushes! The picture below shows me perfecting the
process. 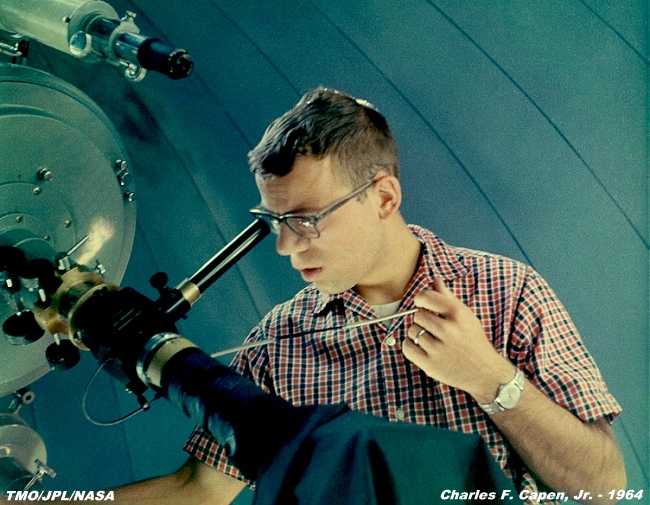 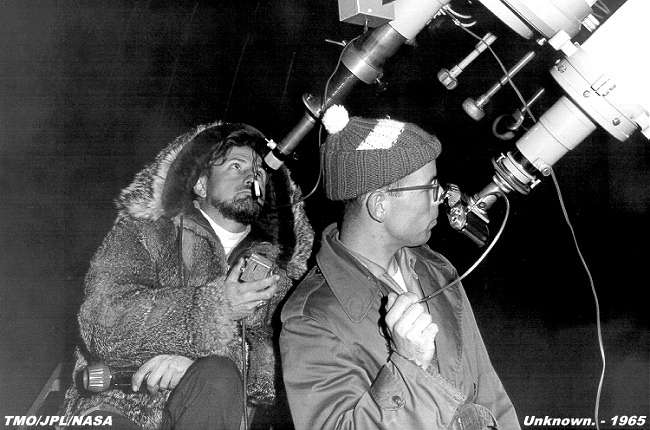 Here is a picture taken in 1965 of Mr. Capen and myself at the 16-inch telescope. He is guiding
on a comet using the high power of the 16-inch, while I am taking time exposures of the comet
with a 35mm camera and color film.

In the last picture below, I am shown working in the darkroom perfecting the other 'art' so
needed to produce excellent planetary images. A technique called 'composite imaging' used many
carefully selected images from a single spectroscoptic plate, and combining them onto a single
positive sheet of fine grain Dupont sheet film. The technique I developed used a special circular
grid pattern to position each image, accurate to 1/100 inch. I then placed the film holder against
the easel edge to the same accuracy. The amount of exposure for each image depended upon
the number of combined images and the density of each image. The resultant image was nearly
grain and defect free. Most composites combined 3-5 individual images, but a few used upwards
of 15 images. 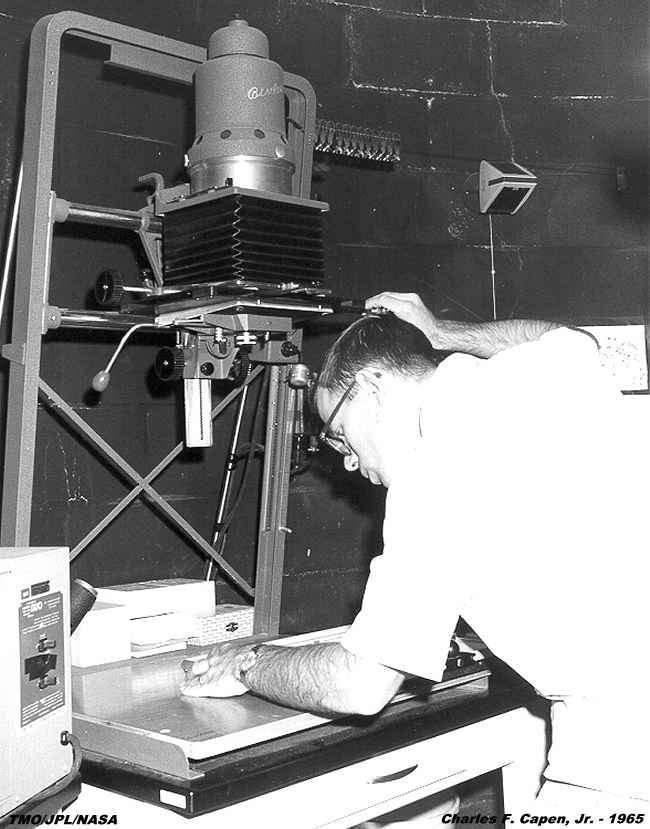