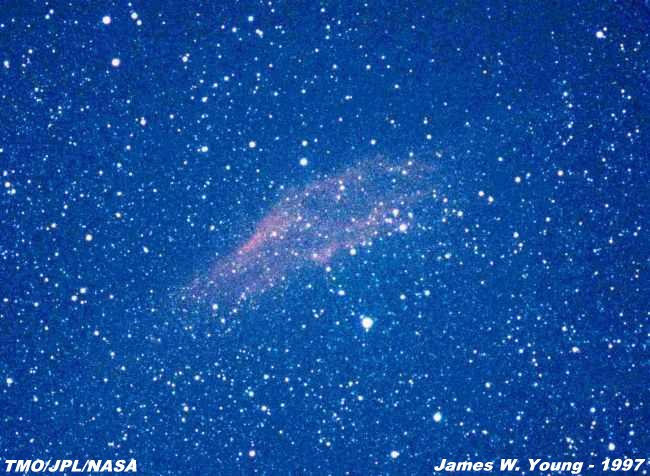 A faint, but fairly large nebulosity of gas and dust in our own Milky Way galaxy is seen here in the
constellation of Perseus. It was catalogued by Dreyer from previous observations, and given the
number of NGC 1499. This nebula was frequently seen in many of the color pictures taken of Comet
Hale-Bopp in the Spring of 1997, since the comet passed fairly close to it.