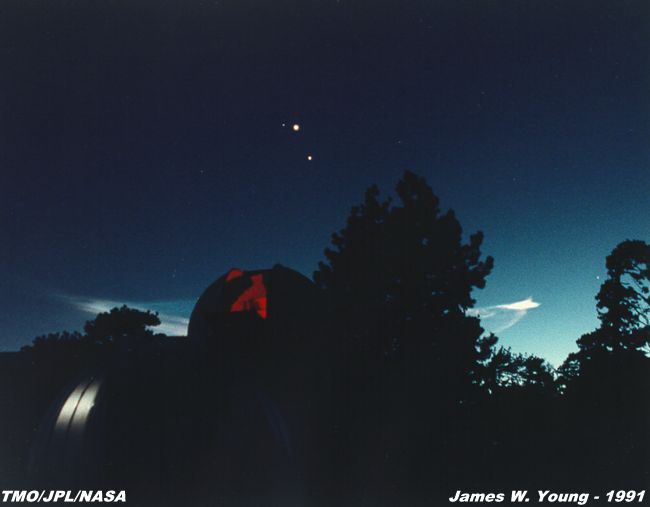 This picture was taken on June 20, 1991 some 20 minutes after an evening rocket launch from the
Vandenbery AFB some 153 miles to the west of Table Mountain. The wind driven contrail of the
rocket is seen low in the picture on the left and right, but mostly obscured by the trees and the
24-inch observatory dome.The interior of the 24-inch is illuminated by a red lamp, and the top of
the telescope is just visible.

Above the telescope dome are the three planets, Mars, Venus and Jupiter. The brightest object is
Venus and just to her left is Mars. Slightly to the lower right is Jupiter. In the extreme lower left is
the moon illuminated front shutter of the 10-inch Schmidt telecsope facility.