The Crescent Moon with Earthshine as Seen From Table Mountain Observatory 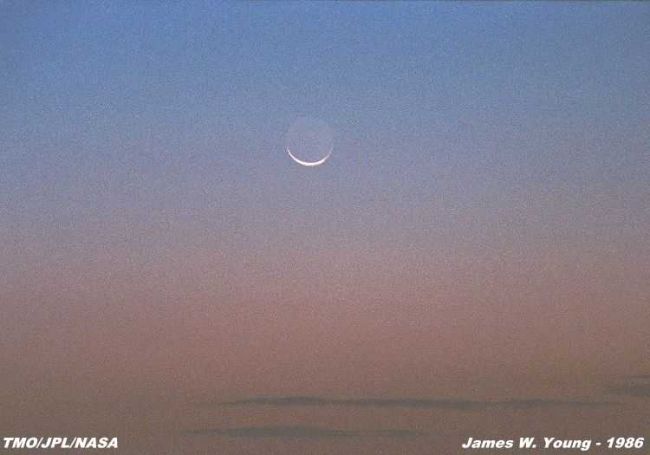 "Earthshine". When the moon is seen low in the west after sunset, or the east before sunrise, the
phase of the moon is a thin crescent. As projected in space, the moon is nearly between us and
the sun. If one was on the moon itself, and looking back at the earth, the earth would appear as
a nearly full 'earth' (like the full moon). Because of the extreme brightness of the reflected light of
the sun on the earth, the backside or un-illuminated portion of the moon receives this light, and we
see this under favorable conditions from here.. If you were on the backside of the moon, completely
away from the sunlite side, you would be able to read a newspaper without any difficulty!