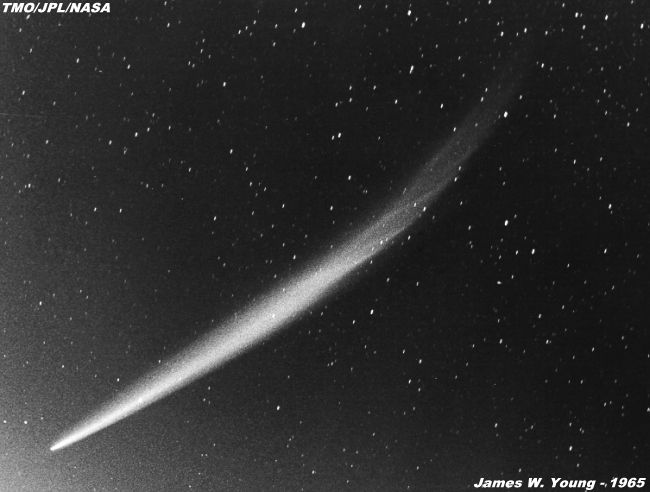 This picture was captured on October 30, 1965 showing the full extent of this great comet's tail
of some 30 degrees. Discovered in the middle of September by two Japanese amateur astronomers,
it was remarkably well placed for extended observations after it passed by the sun on October 21.
As this comet rounded the sun, it was seen the world over in broad daylight, simply by covering or
blocking the sun, with an estimated magnitude of -10 to -12. A Japanese astronomer first detected
what appeared to be the comet's breakup...two distinct nuclei slowly separating as the days passed
into November. The twisted 'rope' like appearance of the tail in the upper center of the picture can
be traced back in time to October 21. 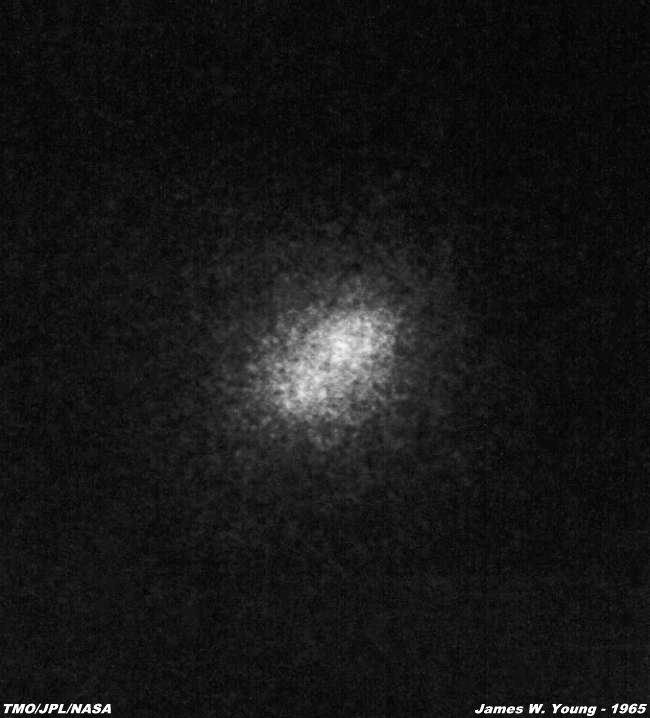 The above picture was taken on November 6, 1965 at 1301 UT with the 6-inch f/15 refractor guide
telescope attached to the 16-inch reflector. This is a 6 minute exposure taken on Kodak Plus-X 80
ASA film with a Zeiss-Ikon 35mm camera. Although not very distinct, the two separate nuclei are very
close and in a diagonal orientation, with the brighter, or lead nucleus, being to the upper right of the much
smaller and fainter second nucleus. Since this comet passed within 120,000 miles of the sun's surface, it
seems apparent that the tidal action exerted upon the comet was great enough to devistate the nucleus.
As time passed, and the comet became visible in the morning skies, the very small head (nucleus, now in
two pieces) and bright lengthy tail told astronomers of its shattering encounter with the sun. Ikeya-Seki
will return sometime just before 3000 AD. The drawing below was made at the same time the above
picture was being taken. The two distinct nuclei are embedded in a large outpouring of dust and gas. 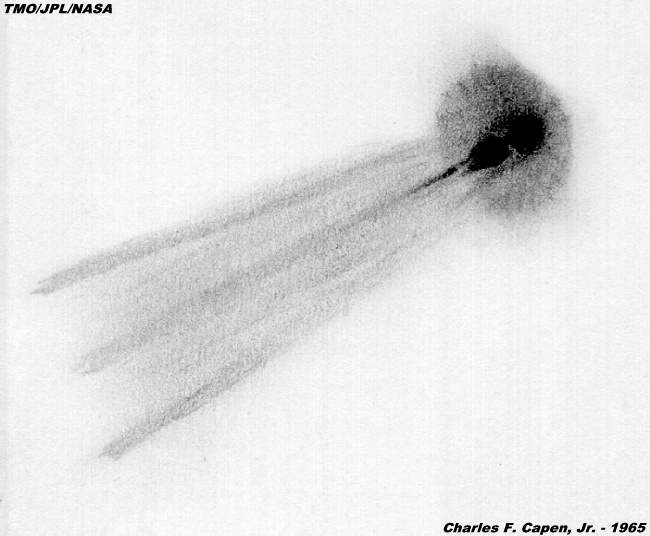