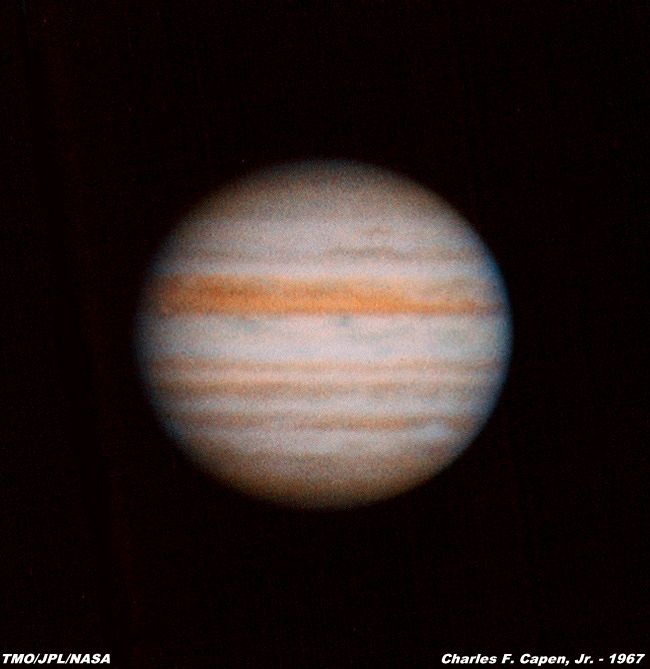 This photograph of the planet Jupiter was taken by Charles F. Capen, Jr., while using the McDonald
Observatory's 82-inch reflecting telescope, near Ft. Davis Texas. Using 35mm Agfa Agfachrome color
film at an ASA of 100 and a Miranda 35mm camera with no filter, he took this 0.8 second exposure
at the telescope's f/23 focus on March 29, 1967 at 0220 UT.