Lightning Storm Over the Mojave Desert

More Lightning Pictures from the 1981 Storm Over the Mojave Desert 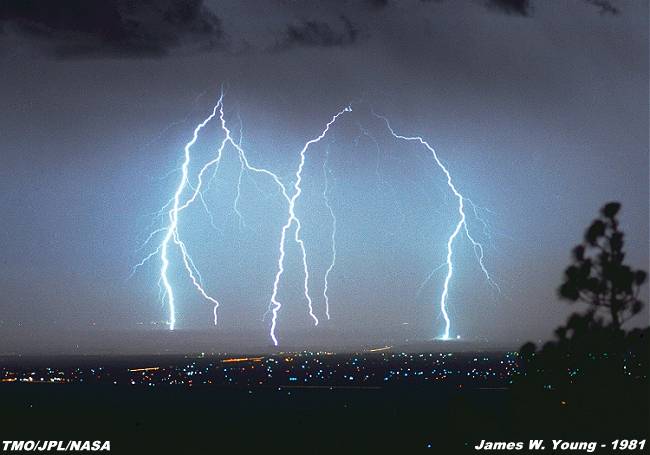 These five lightning pictures are a continuation of the storm of September 30 - October 1, 1981 over
the Mojave Desert north of Table Mountain. The above picture shows an exploding electric Edison
power transformer (just to the right of the right 'strike'). The following pictures show various views of
this tremondous storm. Because the storm waves were some distance from the observatory, no sound
of thunder was ever heard. All five pictures were taken with a 250mm telephoto lens, and all of the
strikes were in excess of 20 airline miles. Picture three shows lightning some 75 miles away. During
the intense five-hour storm period, nearly two thousand 'strikes' were recorded by a special network
of detectors. In picture four, lightning silhouetts the foreground ridge inhabited by a telephone company
relay facility (to the left) and the Ford Observatory (right center). Look carefully, and you can see the
round dome just below the top of a tree. The last picture shows two extremely large 'strikes' almost 50
miles distant east of the Ord Mountain range. 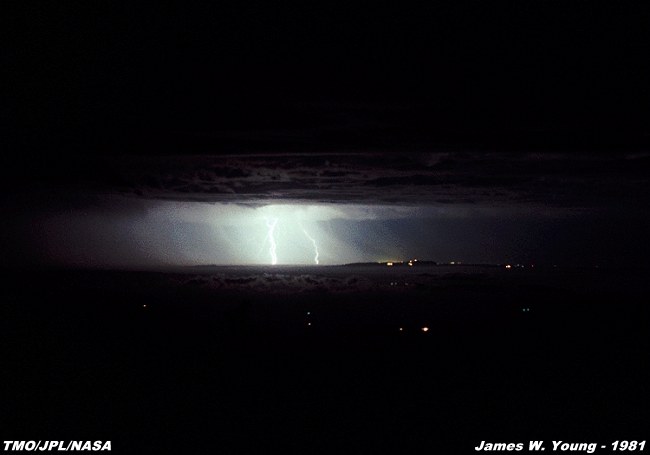 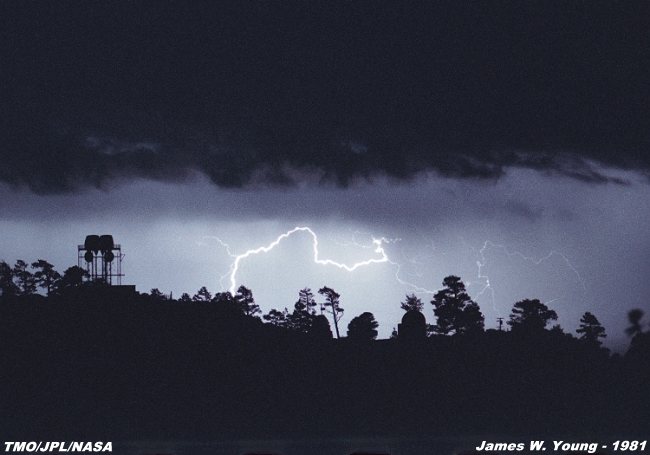 The Zeiss-Ikon 35mm camera with a 250mm telephoto lens set at f/4 was used to take these time
exposures varying from 1 to 5 minutes on Kodacolor 100 and 400 ASA film.