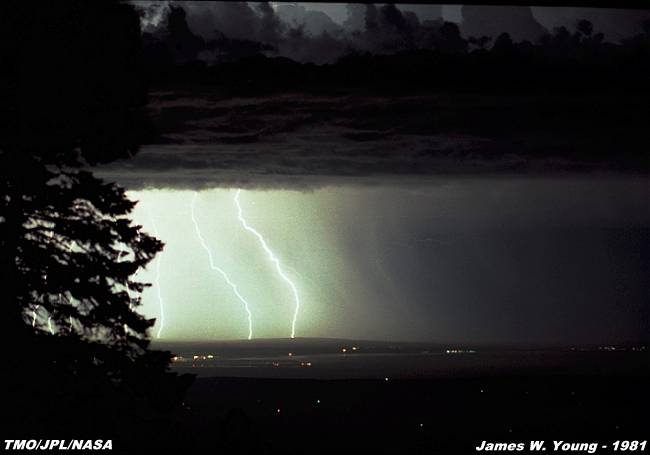 This color picture of lighning striking the desert floor west of Barstow, was made with Kodak Kodacolor
100 ASA 35mm film with a Zeiss-Ikon 35mm camera using a 250mm telephoto lens at f/4 for 6 minutes.
This picture is from a series of photographs made on September 30, 1981 from the observatory.

On this particular night, there were seven waves of active cells that passed from the SE to the NW over
all of southern California. Ironically, there were no lighning strikes within 10 miles of Table Mountain...
we also never had any rain, so photography was real easy. The cells moved so predictably, I could aim
the camera and get good pictures nearly every time. All of the photography took 5 hours, and 10 rolls of
film were shot.