Lightning Storm Around the Observatory 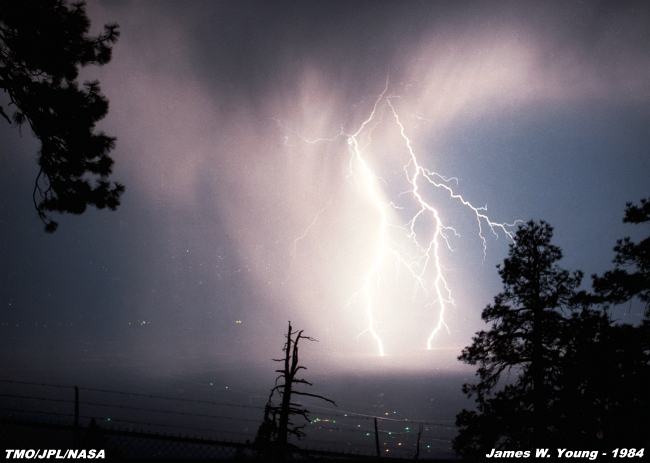 This intense lightning storm swirled around the mountains to the southeast and the desert floor to the
north and northeast, but never got closer than 3 miles, nor did it drop any rain where I was set up to
take these pictures. To the north and northeast, the lightning strikes pelted the desert (Mojave) floor
for well over an hour. Then an intense wave of strikes hit the ridges 4 miles to the southeast of the
observatory. I continually shuffled between two locations to photograph the event, quite amazed no
rain ever fell here. These first three pictures show the developing strikes approach up to 7 miles from
the observatory, then receed a bit, leaving its 'mark' on the desert floor in the form of a small brush
fire near Highway 138 in Pinon Hills (picture three, foreground right-center). This and the following
pictures were all taken on May 30, 1984. 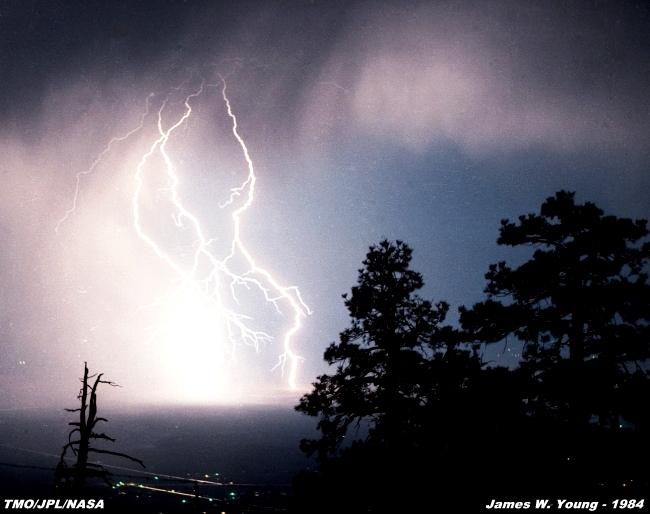 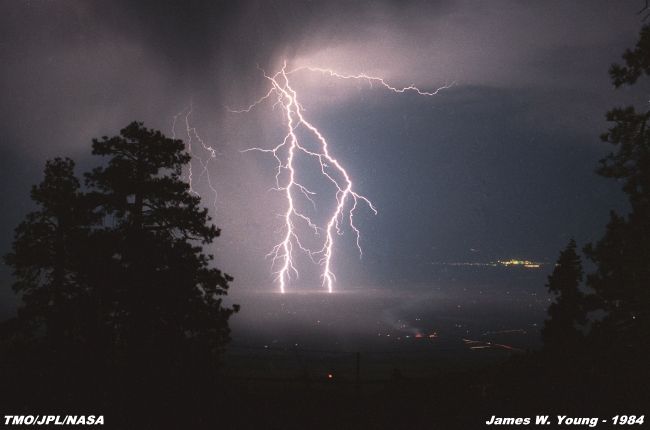 The next three pictures show the growing intensity of the wave of lightning strikes to the southeast. The
first picture shows a single strike to the ridge northeast of Wright Mountain (right side). The community
I live in (Wrightwood), 3 miles to the east as the crow flies, is hidden by the forground ridge and tree in
the lower left hand side of the picture. The next picture shows a number of strikes from the backside of
Wright Mountain (left center) to the northeast ridge of Pine Mountain (most distant mountain to the right
center). The last picture shows two large strikes on Wright Mountain, and one large 'bolt' that was only
three miles away, striking an area just south of the town of Wrightwood. 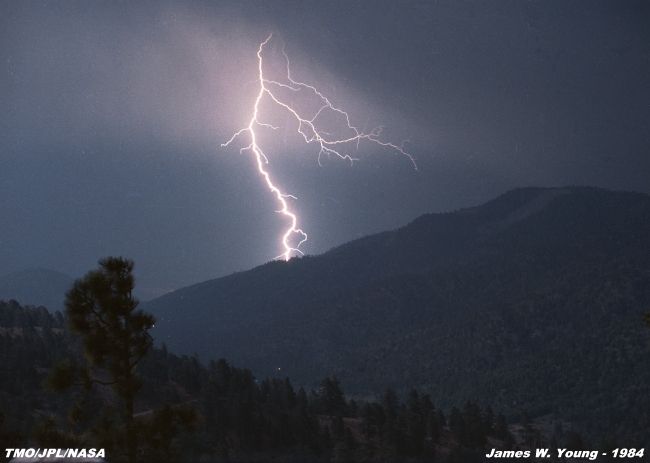 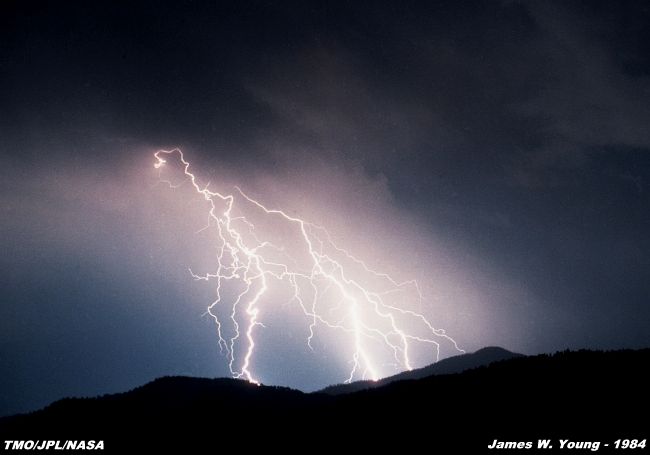 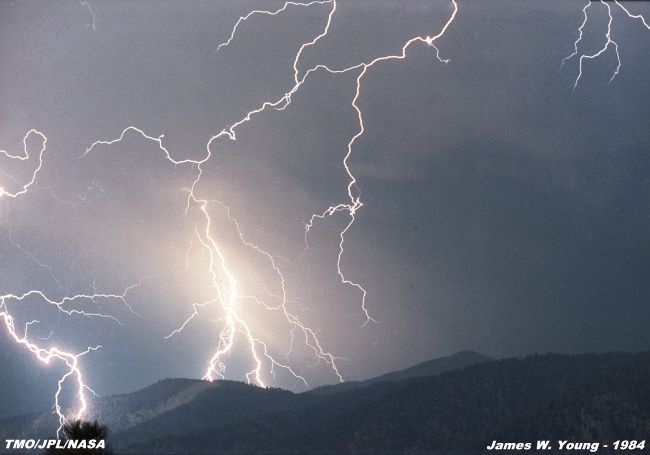 The Zeiss-Ikon 35mm camera with a 35mm wide angle lens set at f/2 was used to take the above set of
pictures, each exposed for several minutes on Kodacolor 100 ASA film.