The Lunar Eclipse From Mt. Whitney

The 1989 Total Eclipse of the Moon From the Summit of Mt. Whitney 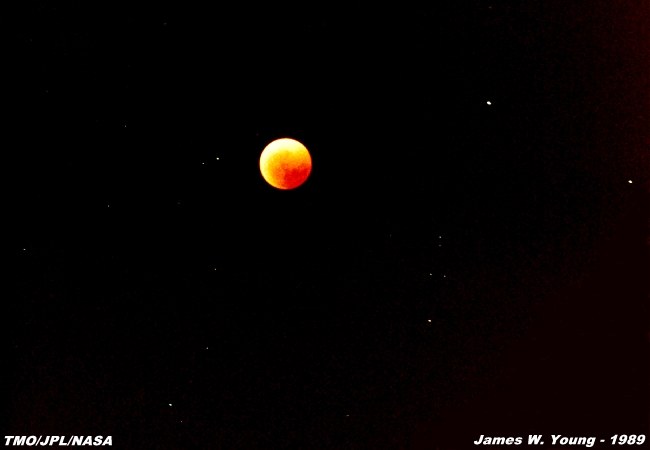 This photograph was obtained while on the summit of Mt. Whitney on August 16, 1989 around
8:30 PM PDT. The moon was nearing the end of the total phase of the eclipse, which ended some
25 minutes after this picture was taken. The brighter lower left portion of the moon is nearing the
edge of the earth's shadow, and thus brighter than the upper right portion of the moon. The orange-
red color of the moon is due to the refraction of light in the earth's atmosphere that in turn actually
illuminates the moon, despite being completely in the earth's shadow. If there was no atmosphere
around the earth, then during an eclipse of the moon, the moon would not be visible at all.