Occultation of Bright Star by the Planet Mars 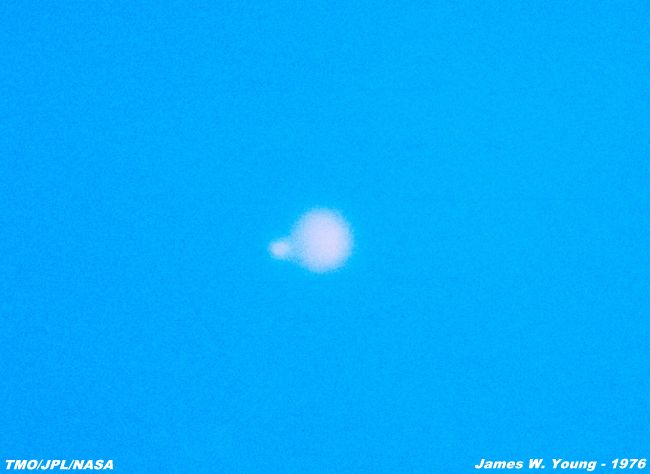 This and the following picture were taken on April 8, 1976 (April 7, local time) recording an event
called a planetary occultation. The planet Mars is seen in the above picture to the right of the star,
epsilon Geminorum at 00:53:50 UT, a few minutes before Mars, moving to the left, passed in
front of the star. The star was 'occulted' for a period of about 5 minutes, reappearing to the right
of Mars in the picture below. Since this event occurred with the sun still above the horizon, the
sky background is blue, of course.

These events rarely occur, but are widely observed because of their significance. Making accurate
timings of such events, helps determine positions of the objects to a greater degree. Timings must,
however be accurate to 0.1 second or better. 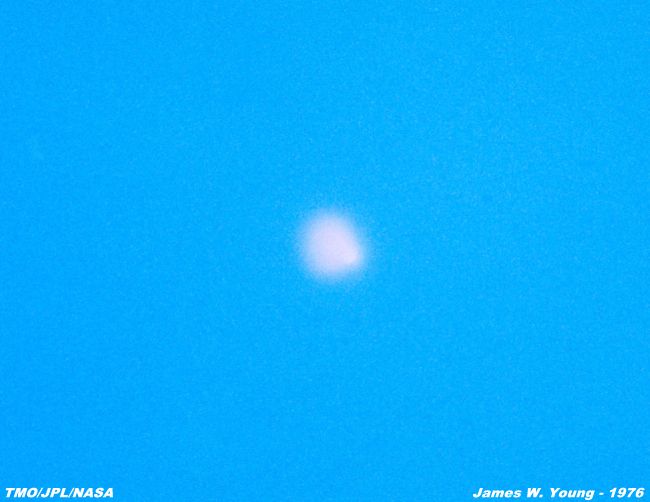 A Zeiss-Ikon 35mm camera was attached to the 24-inch cassegrain telescope operating at f/48 to
acquire these 1/2 second exposures on Kodachrome 100 ASA slide film.