The Planet Saturn and Her Rings 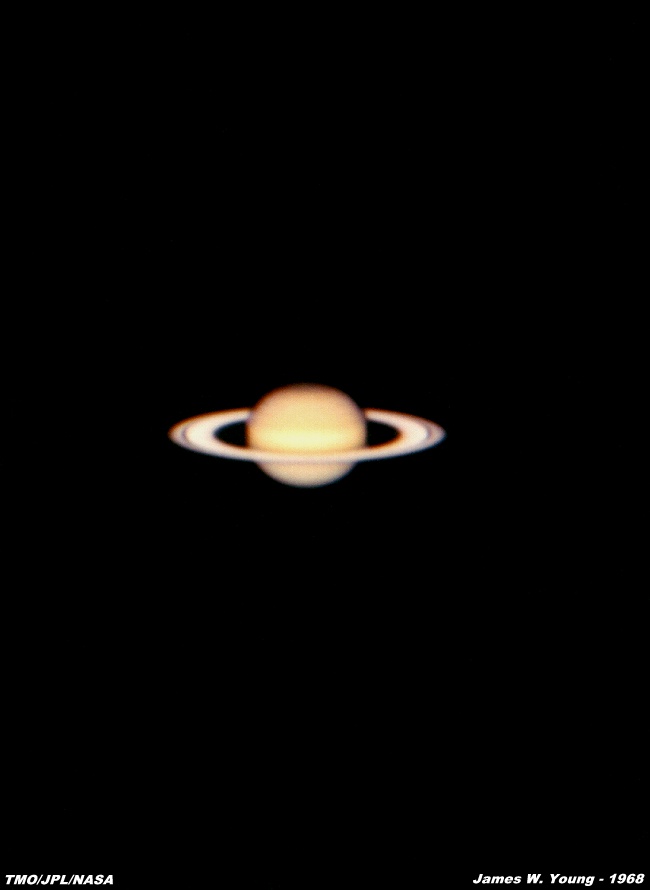 This photograph of Saturn was taken with Kodak Kodachrome-X 35mm film with an ASA of 100
using a Zeiss Ikon 35mm camera at the f/16 focus of the 24-inch reflecting telescope on September
26, 1968 at 0607 UT. The exposure was 12 seconds and used a Kodak CC10Y color compensating
filter. A 4X barlow lens was used to increase the effective focal ratio to f/64. The seeing was extremely
good this particular evening.

Saturn's rings are easily seen as they encircle the planet in this rather long planetary exposure. Tracking
accurately to this degree for even 18 seconds of time was not easily achieved. The dark separation
seen in the outer middle of the ring system is called Cassini's Division. The entire ring system around
Saturn has a diameter of 170,000 miles, and Cassini's Division is only 3,500 miles wide.