Annular Eclipse of the Sun

Annular Eclipse of the Sun Seen Overlooking the Pacific Ocean 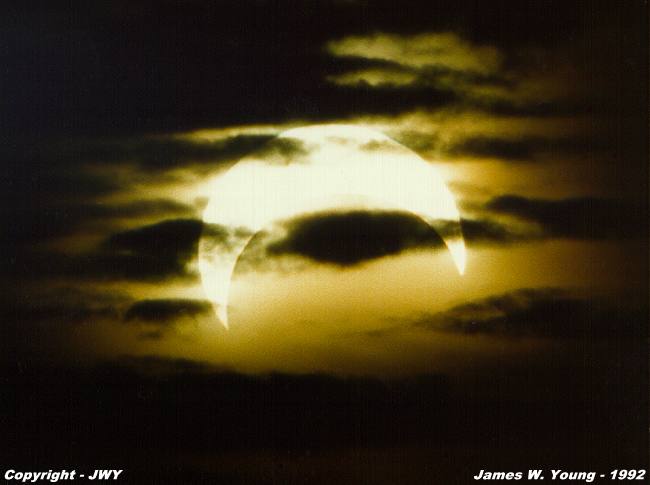 This picture was taken on January 4, 1992 from an I-5 reststop just north of Oceanside, California.
After arriving early in the afternoon of this event, and setting up all our photographic equipment, we
failed to see the broken cloud bank well out to sea and just above the horizon. As the eclipse was in
progress, we felt confident we would see the entire event, right up to the annular 'ring' display itself.
We were, unfortunately wrong. Those observers set up 10-30 miles south of us saw the entire eclipse
from their less cloudy vantage point(s). But, we didn't know it at the time. 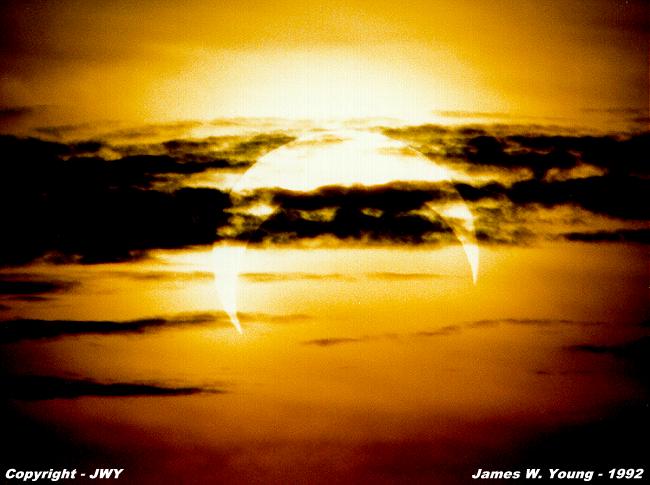 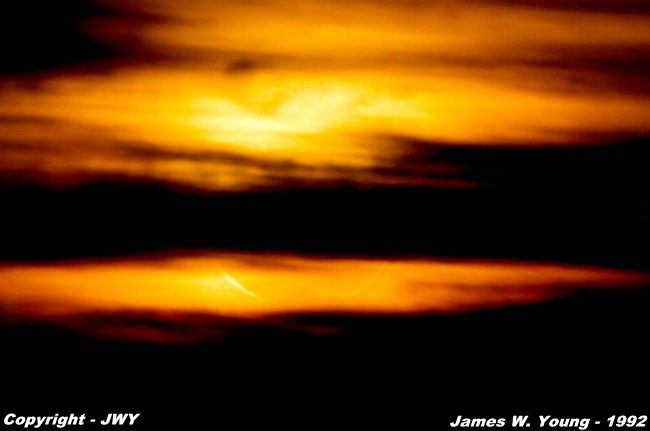 Later I had to set my goal on the May 1994 annular eclipse, but as luck (and Murphy) would have it,
I had two choices the night before that eclipse. I was in eastern New Mexico that night, and I could
have gone east into Texas, or south to Las Cruces, New Mexico. I flipped a coin, since the irregular
weather patterns said it could be cloudy anywhere I went. I went east. I was wrong, again. It wasn't
until several days later, after arriving in Las Cruces for a visit with Clyde Tombaugh, the discoverer of
the planet Pluto (in 1930), that I learned it had been perfectly clear there for the entire eclipse.