This Sunset in Seaside, Oregon Left a Multitude of Cloud and Sky Colors 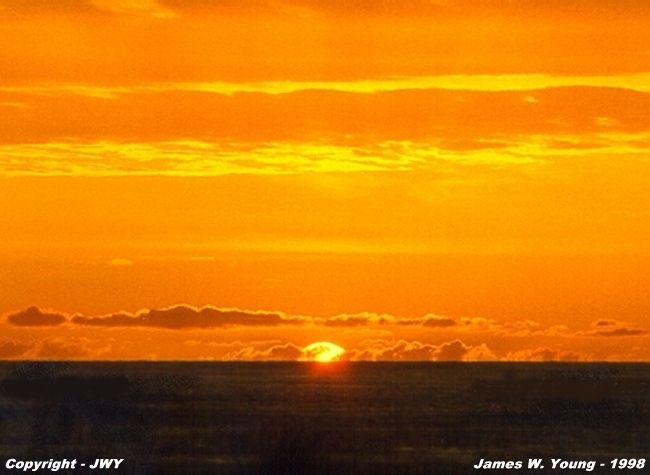 This picture was taken while on vacation in Seaside, Oregon the evening of May 29, 1998. A great
place to photograph the 'green flash', I am always prepared to 'click' at sunsets. After waiting out this
event for the green flash, and seeing none, I began walking back to the house along the 1 1/2 mile long
'prominade' walkway. Half way home, I began to notice an increase in the various colors, and the vivid
contrast between the clouds and sky. No green flash, but the next picture was my reward for the time
spent overlooking an ocean's crowning glory, the sunset! 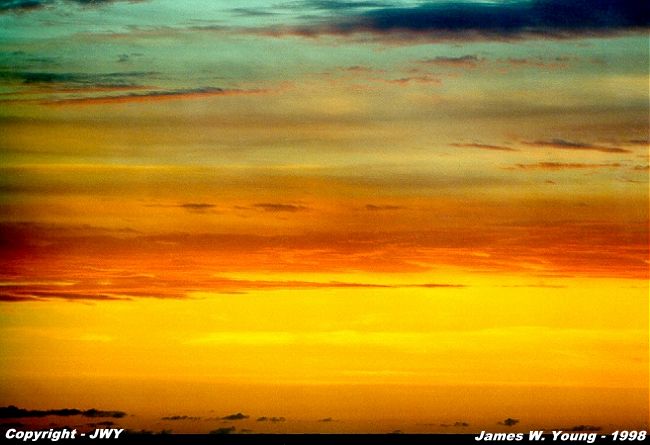