In this third series of pictures, JPL continued to expand its optical and radio astronomy facilities.
In the picture below, another aerial shot from the JPL helicopter, the new 24-inch telescope
facility, completed in 1966, has been added on to accommodate a new 40-foot planetary
spectrograph, shown here in October, 1969. The 'coude' room addition, just in front of the
dome itself, has the ceiling doors open in a test for receiving the spectrograph later in the month.
In the far upper right, the old 8-foot radio astronomy dish mobile trailer has been replaced with
a new pedestal to mount an 18-foot millimeter wavelength radio dish. 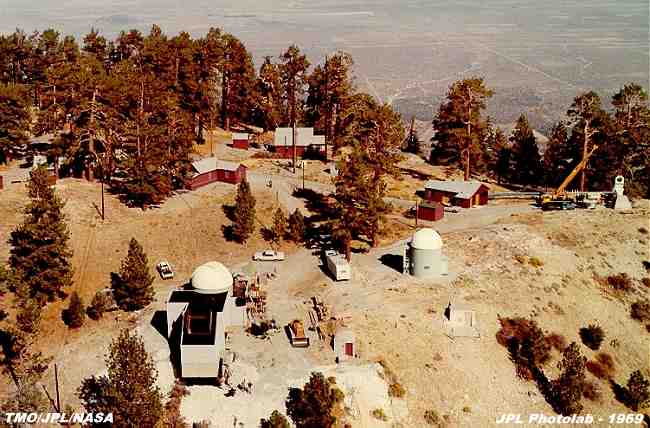 During this expansion phase, some of the people involved are shown below in a candid shot taken
in 1969 just outside the site manager's office. From left to right, the site manager Mr. Earl S. Ivie,
myself, and Mr. Jay Dobbs, the JPL site construction inspector, share a brief moment together for
the JPL Photo Lab photographer. 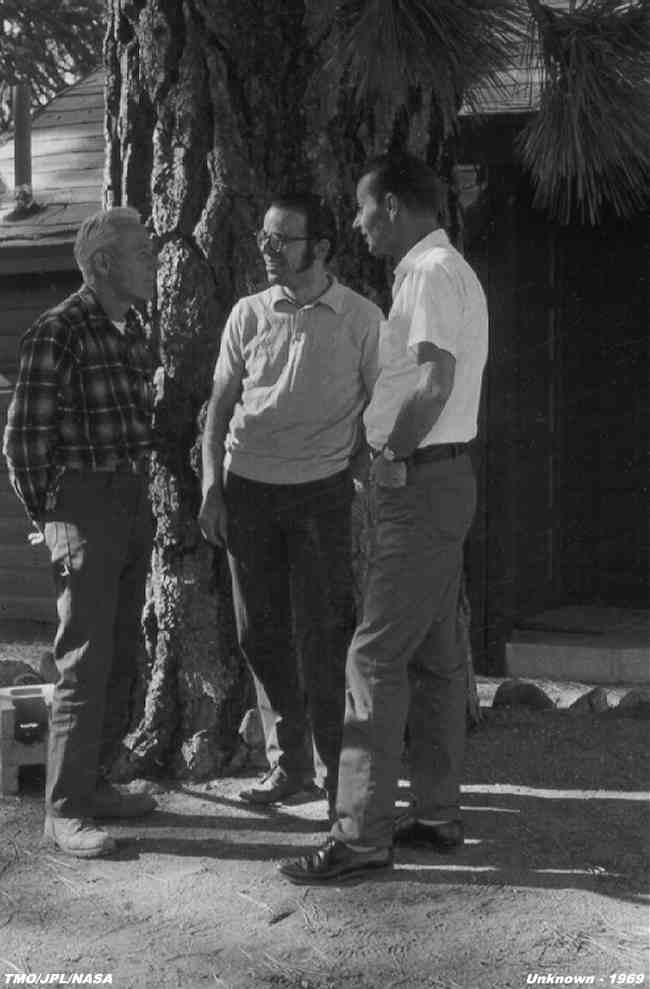 This aerial site view shows the completed phase of the optical and radio astronomy facilities in July,
1973. All of the older buildings have been painted to conform with the new USFS painting color
scheme requirements to help the buildings blend with the land. The operational 18-foot radio dish
is seen in the lower right center, along with its operational facility just above. The optical astronomy
office and shop are in the far upper right.

Then in 1983, a new facility for the radio astronomy operations was built to replace the older
original Smithsonian building. This is shown below in September, 1983. 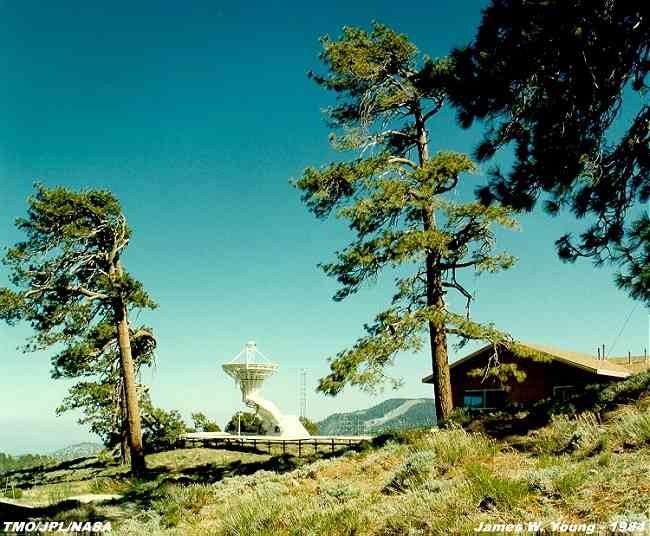 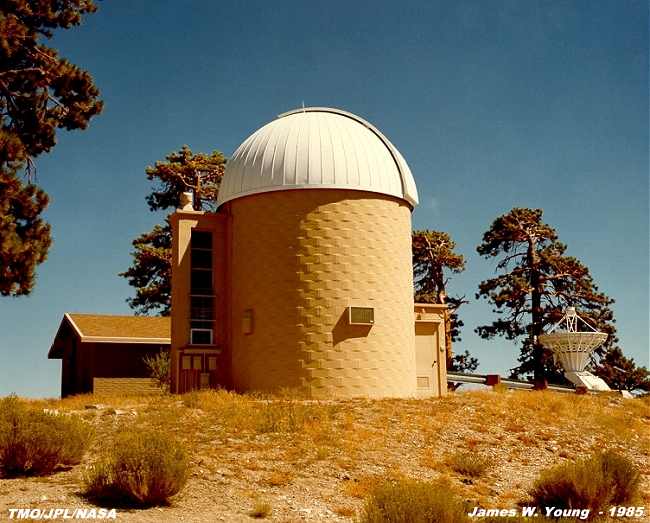 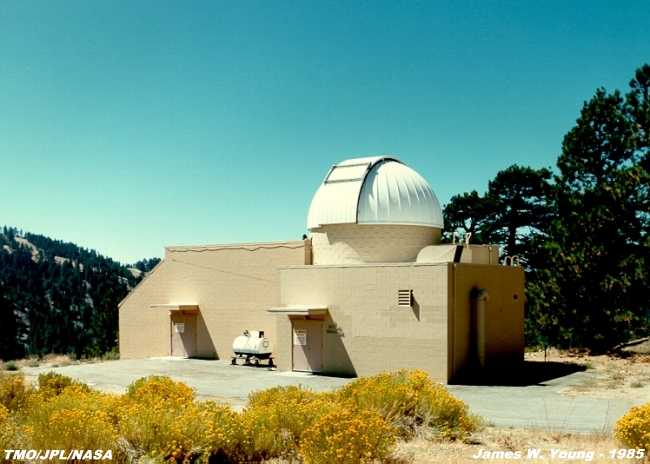 In the summer of 1984, an interesting tip led us to a private party having a 10-inch Schmidt Camera
that was not being used. He loaned it to JPL/Table Mountain for the purpose of photographing
Halley's Comet the following year. This particular Schmidt camera was the proto-type design of the
well known Palomar 48-inch Schmidt used to take the National Geographic Palomar Sky Survey
in the '50s. Our loan agreement allowed me to completely disassemble, refurbish, and reassemble
the camera into a small 10-foot dome. Over 200 hours were spent in this project, completed the
next year. In the picture below, I am explaining the camera operation to a fellow astronomer, Mr.
James Gibson, in May, 1986. 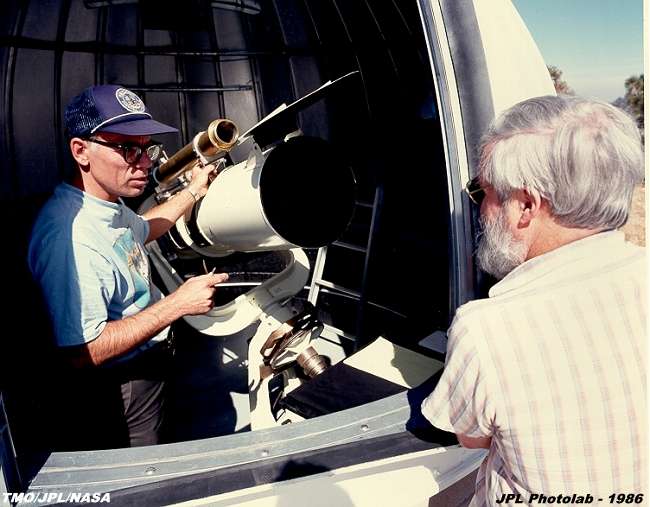