These pictures was taken during the summer and fall of 1965 of two different rocket launches from the
Vandenberg AFB. No dates were recorded, unfortunately. The second picture, below, is obviously of
a barium injection to study the ionosphere. The bright green cloud is the barium. 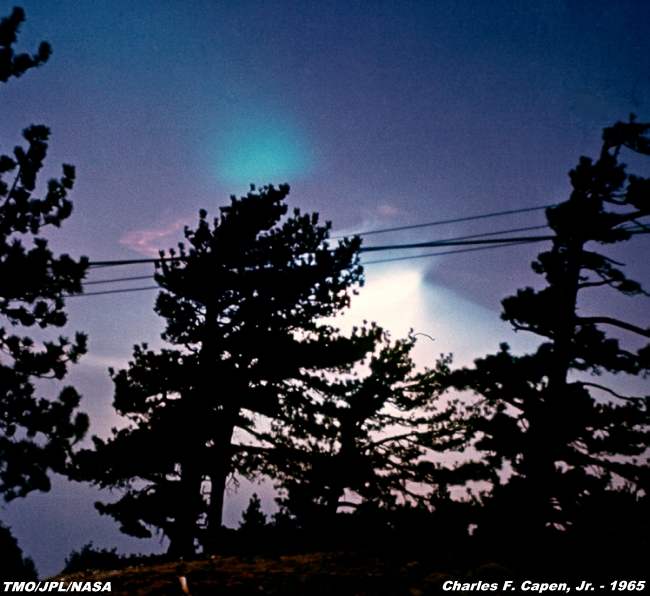 A 35mm camera was used to take these exposures on Kodak Kodachrome-X 64 ASA slide film.